The Gift of Los Angeles: Memories in Watercolor by Gayle Garner Roski

Artist, traveler, and storyteller all in one, Gayle Garner Roski (1941-2020) felt blessed every day to live in Los Angeles. With her passing in October of 2020, the Bowers Museum pays homage to her with The Gift of Los Angeles: Memories in Watercolor by Gayle Garner Roski. The exhibition is a look at her life, primarily through a group of forty-four watercolors of Los Angeles and some special sites just beyond its borders. The works featured in the exhibition are each vignettes of her experiences growing up and living in the City of Angels. Peopled by friends, family, and fellow Angelenos, the jubilant scenes tell intimate and relatable stories of the places that Gayle cherished most deeply.

Gayle’s journey as an artist began in the 1990s after her children had grown up and left home. New to being an empty nester, she felt that she was disappearing into obsolescence. Rather than giving into despair, Gayle re-dedicated herself to watercolor painting and converted one of her children’s bedrooms into a studio. She was initially inspired by the bow on a gift a friend had given her and painted a series of watercolors of ribbons. Within a year these works formed her first solo exhibition.

Since her debut, Gayle’s watercolors have been exhibited countless more times, she painted en plein air on almost every corner of the earth, and even illustrated several books. All the while the theme of gifts stuck with her. Beginning in the year 2000, Gayle started painting the works on display in this exhibition to give back to a city that had always seemed to her to be the greatest gift imaginable.

The Gift of Los Angeles: Memories in Watercolor by Gayle Garner Roski is organized by the Bowers Museum and curated by Jean Stern. Artworks are on loan from the Roski Family. 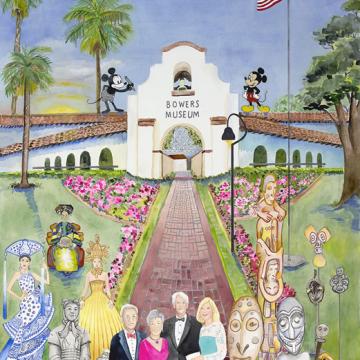 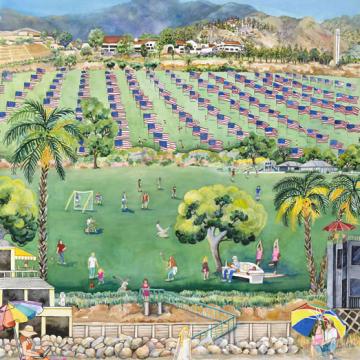 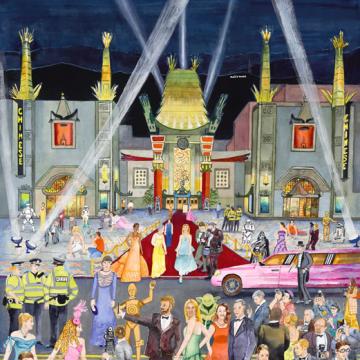 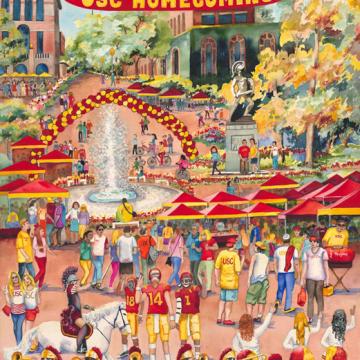 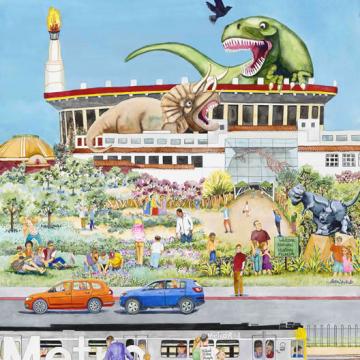 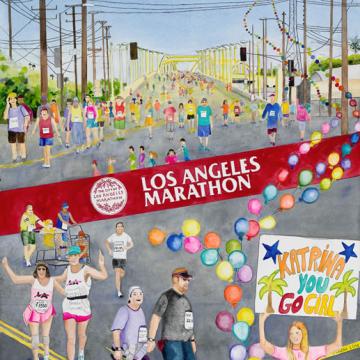